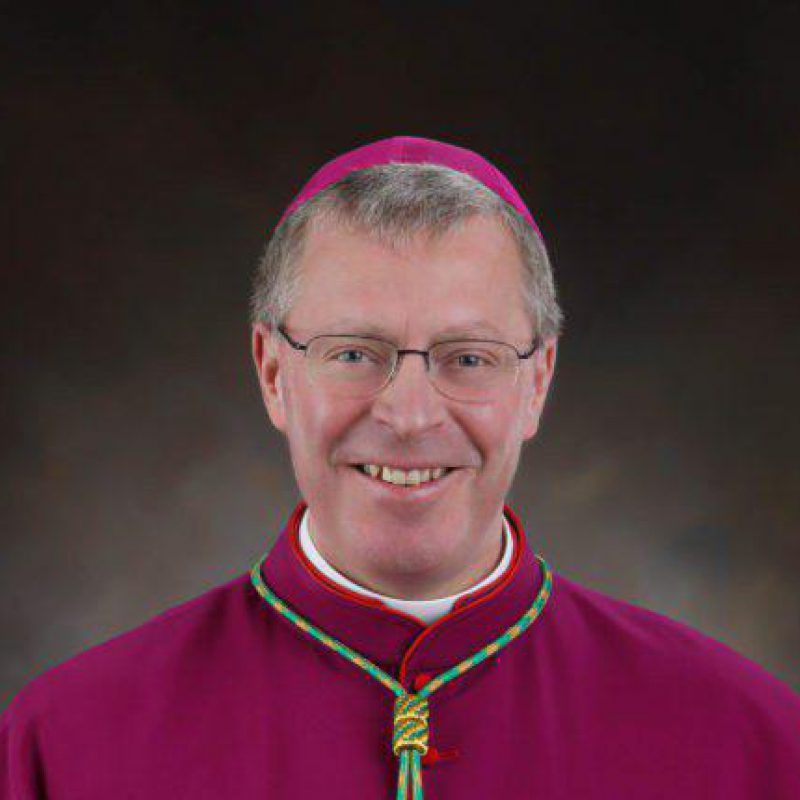 August and Loretta Vetter. The youngest of 12 children, he was raised on a farm and educated in the Linton Public School System. After graduation, he attended North Dakota State University and Cardinal Muench Seminary in Fargo, N.D. After receiving his Bachelor of Arts Degree in Philosophy, he studied at the Pontifical North American College and the University of St. Thomas Aquinas in Rome, Italy. He was ordained a priest for the Diocese of Bismarck by Bishop John F. Kinney at the Cathedral of the Holy Spirit in Bismarck, N.D., on June 29, 1993.

His first assignment was serving as Parochial Vicar at the Cathedral of the Holy Spirit and he taught religion at St. Mary’s Central High School in Bismarck from 1994 to 1999. In North Dakota, he served as pastor of St. Martin’s Catholic Church in Center, St. Patrick’s Church in Dickinson, St. Leo the Great in Minot, and as Rector of the Cathedral of the Holy Spirit in Bismarck.

From 2004 to 2007, he was an adjunct faculty member for the Institute for Priestly Formation at Creighton University in Omaha, Neb., where he taught The Spirituality of the Diocesan Priest. In the Diocese of Bismarck, he served on the Presbyteral Council, Priest Personnel Board. He was Vicar for the Permanent Diaconate, Master of Ceremonies to the Bishop, and Director of Continuing Education of the Clergy. He served as Director of Spiritual Formation at the Pontifical North American College in Rome, Italy, from July 2012 through June 2018 and most recently as Rector of the Cathedral of the Holy Spirit in Bismarck.

On October 8, 2019, he was announced as Pope Francis’s choice to serve as Bishop of the Diocese of Helena. He was ordained and installed as Helena’s 11th Bishop by Archbishop Alexander Sample, Archbishop of Portland, on November 20, 2019.