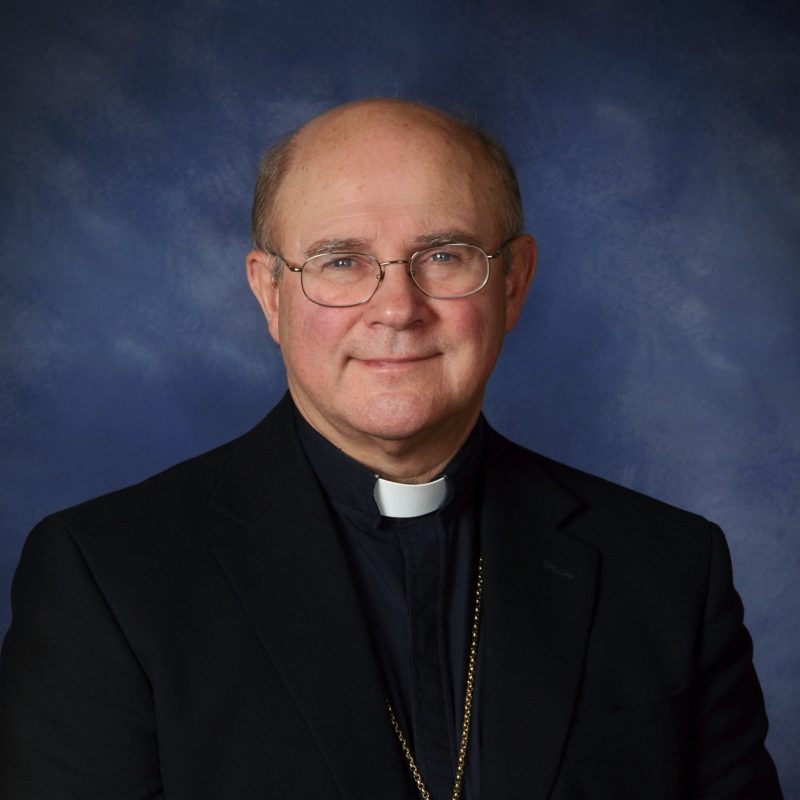 Born in Indiana, Michael W. Warfel excelled in wrestling in high school, attended college at the University of Indiana, and Indiana University studying primarily music, and during his second year of college, enlisted in the U.S. Army. He spent 18 months in Vietnam and 13 in Korea. Following his honorable discharge from the Army in 1971, Michael entered St. Gregory’s College Seminary. He was ordained a priest for the Diocese of Juneau in 1980.

Bishop Michael W. Warfel was appointed Bishop of the Diocese of Great Falls-Billings on November 20, 2007, and installed as the 8th Bishop for that Diocese on January 16, 2008. Prior to coming to Montana, he had served as Bishop of Juneau for 11 years. He earned his B.A. degree in Philosophy from St. Gregory Seminary in Cincinnati and Masters of Divinity from Mount St. Mary’s Seminary of the West, also in Cincinnati. He later received an M.A. in Theology from St. Michael’s College in Vermont. Bishop Warfel served as Chair of the Bishop’s Subcommittee for Catholic Home Missions for six years and was a member of the Committee on National Collections in addition to the Committee for the Protection of Children and Young People. He has also served on the USCCB Committees for International Justice and Peace, the Church in Latin America, the Diaconate, and World Missions.